Home Journal Thomas Coke, the Grand Tour, and his library 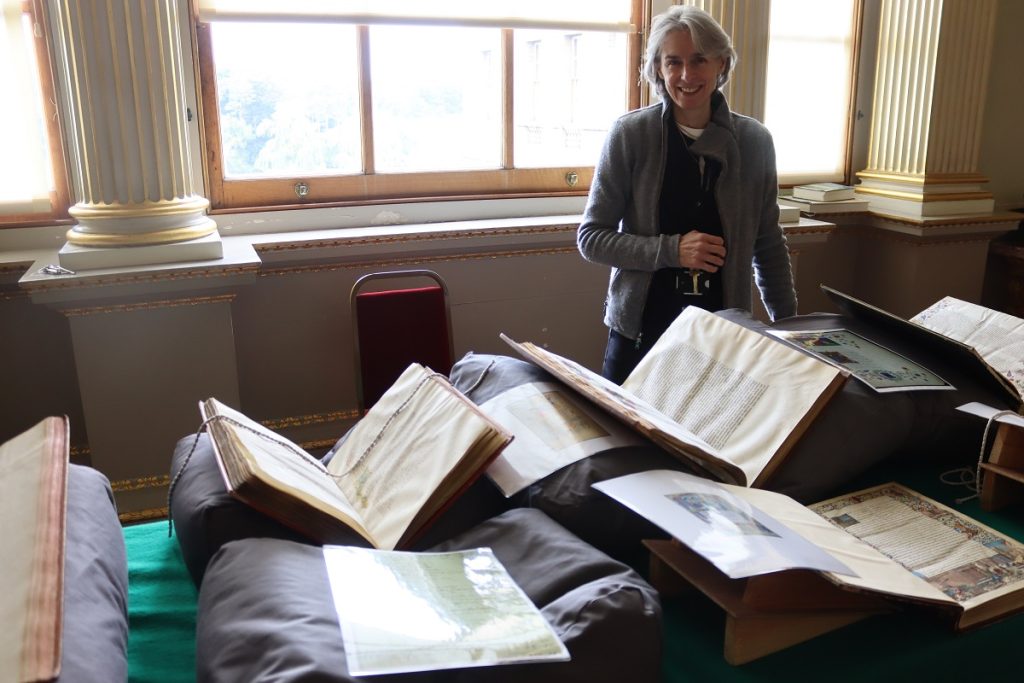 November is here and with November the doors of the Hall at Holkham have been temporarily shut to the public. But, do not worry: there is a great buzz inside, while my Holkham colleagues prepare the Hall for the renown festive Christmas season! 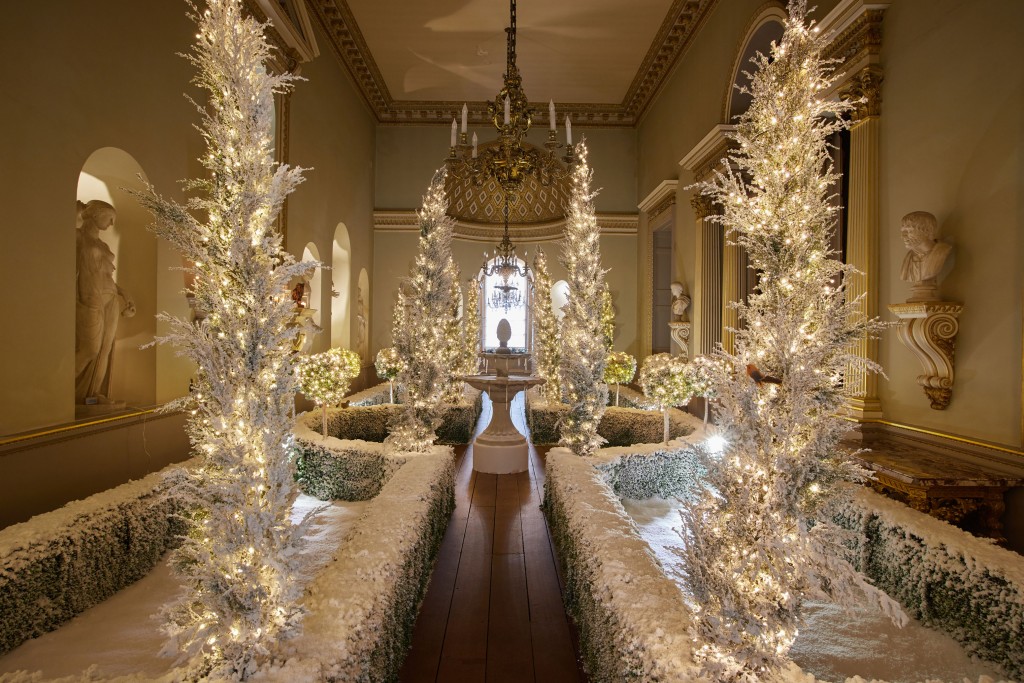 While waiting for Holkham Hall to reveal itself in all its magic once again, we can go back and recall recent events of the past season, when we have finally been able to get back to something close to normality, slowly but surely, and had the opportunity to welcome our visitors once again.

My name is Laura Nuvoloni and I am the Curator of Manuscripts and Early Printed Books at Holkham, and I would like to tell you about a private event to which I had the pleasure to contribute together with my colleagues Mac Graham, Holkham Historian and Librarian, and Katherine Hardwick, Holkham Collections Coordinator.

On Tuesday 5th and Wednesday 6th of October we hosted the visit of a delightful group of learned visitors led by Barbara Peacock for Art Pursuits. The visit focused on Thomas Coke (1697-1759), builder of the Hall and first Earl of Leicester, and the story of his Grand Tour (1712-1718).

Mac led the way with a thorough tour of the Hall. His description of young Thomas Coke and his travels in Europe during one of the longest Grand Tours of the Eighteenth Century (from August 1712 to May 1718, aged between fifteen and twenty-one) was most entertaining and informative.

As we toured the Hall and admired the beauty of its architectural design and its interiors and collections, we heard the story of the Coke family and, in particular, of Sir Edward Coke, Lord Chief Justice, the most eminent of Thomas’s ancestors, famous for his erudition and regarded as the greatest jurist of his time. 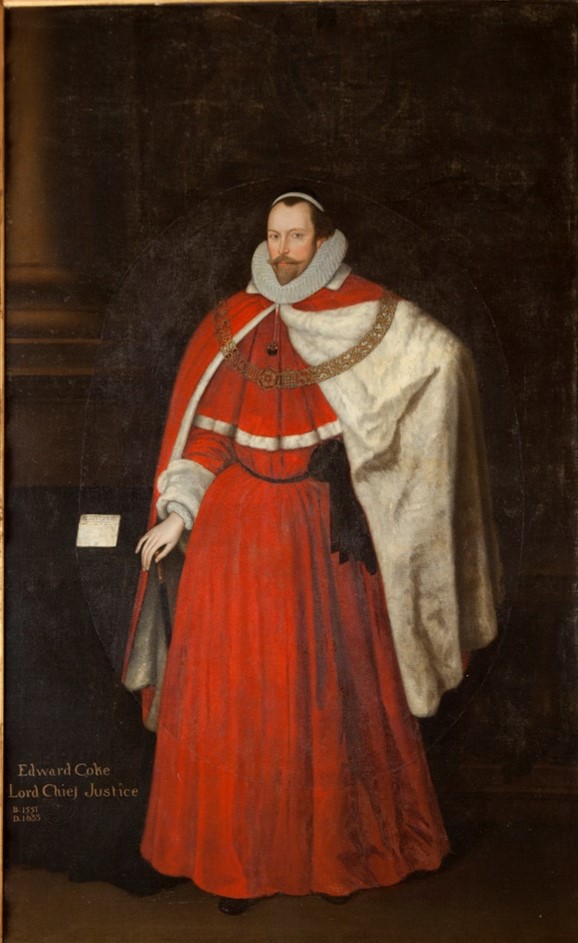 As Mac explained, Sir Edwards’s literary collections played an important role in Thomas’s formative years and in the strong interest in books that he developed since a very young age.

Mac illustrated to us how Thomas evolved from the intelligent but somehow unruly fifteen-year-old teenager to a sophisticated young man during his European tour. His time in Italy was particularly important: he spent more than two years travelling the country and resided for ten more months in Rome, where he studied classical history, art and above all architecture, becoming, in his own words, a “perfect virtuoso”.

Mac explained how, soon after his return to England, Thomas conceived the idea to build the Hall with the precise intent of housing the fantastic collections put together during his travelling: classical sculptures, paintings from the Renaissance to the mid-18th century, and manuscripts and books dating from the medieval ages to his own days. Mac also showed to us how the plan and elevations of the Hall were inspired by the extant ancient Imperial architecture of Rome. Its ingenious plan was chosen, and its execution continuously supervised, by Thomas Coke until his untimely death in 1759. It proved to serve – and continues to serve – its purpose.

Well, Mac set the bar very high for Katherine and me. Unfortunately, being late with the preparation of my display of manuscripts and early printed books, I had to give a miss to Katherine’s display of silver but, judging from her illustration of the Hall paintings on the following day, I am sure it was both learned and engaging!

In her Wednesday talk, Katherine focused on the paintings and drawings commissioned or acquired in the late 1710s by Thomas Coke from the most prominent painters of the Roman School, such as Andrea Procaccini, Giuseppe Chiari, and Luigi Garzi. The earliest commission was perhaps a large drawing of the Chiesa del Gesù in Rome by Francesco Bartoli, with the the silhouetted figures of a very young Thomas and his governor Thomas Hobart being shown the church by a priest. 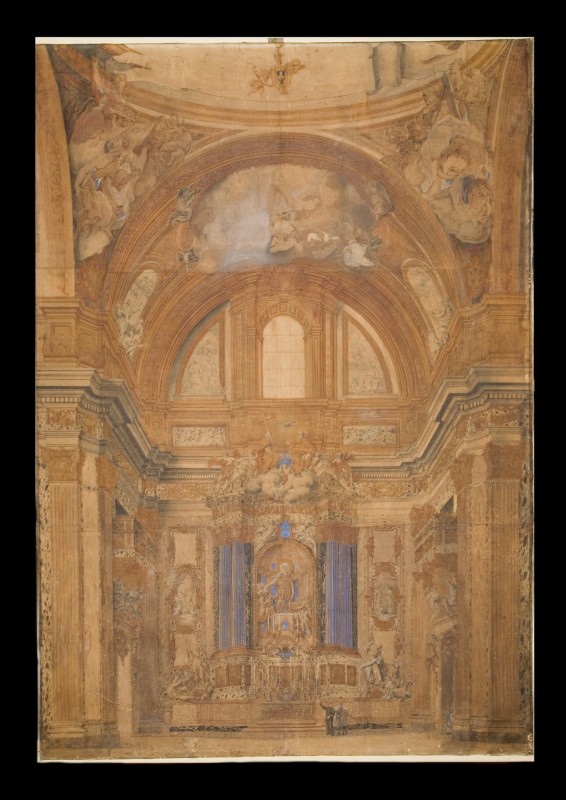 Thomas is also portraited as an historical character in most of the commissioned paintings illustrating scenes from the history of Rome. The most famous of all these paintings is perhaps Sebastiano Conca’s Vision of Aeneas in the Elysian Fields, in which Thomas is depicted as Orpheus. 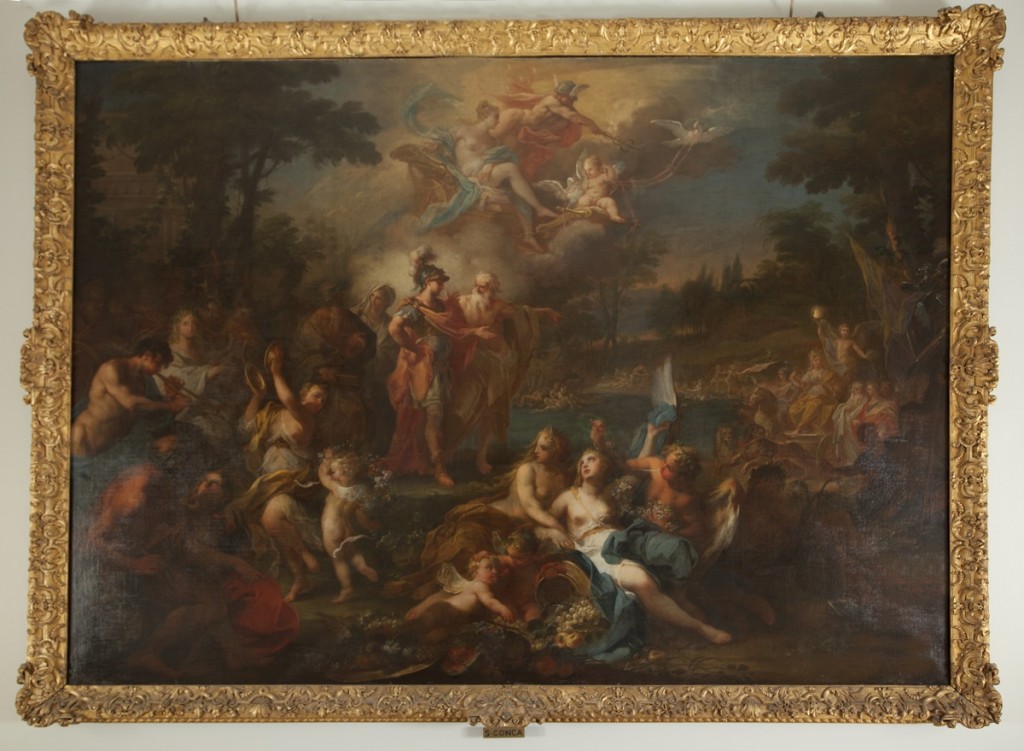 Sebastiano Conca (1680-1764), Thomas Coke depicted as Orpheus in the Vision of Aeneas in the Elysian Fields, circa 1717

Katherine also showed drawings relating to paintings that once belonged to the collection, but no longer exist. This was a great privilege as none of the Holkham drawings are on public display. Katherine also explained that most of these paintings used to hang together in the Saloon before the Portrait of Albert Duc d’Arenberg by Van Dyck and the Return from Egypt by Rubens took pride of place.

The last of Thomas’s commissions was his full-length portrait executed in 1717 by Francesco Trevisani. Katherine illustrated how the sitter, barely aged twenty, seat proudly and confidently in the princely setting of a Roman palace, surrounded by classical statuary and gilt furniture of classical design. There is no manuscript or book in view, but the painting now hangs in the Holkham Library, surrounded by the books collected by their patron during his Grand Tour. 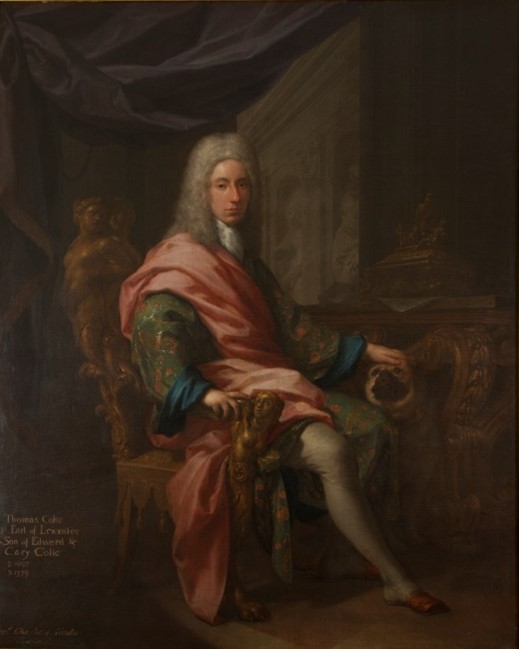 Books and manuscripts were in fact the protagonists of the display on Wednesday morning organised by Mac and me in the Long Gallery. Our aim was to show the profound interest that Thomas Coke took in assembling a library, as testified by a letter that he sent to his grandfather, Sir John Newton, on 3 January 1715 while studying at a military college in Turin: “one of the greatest ornaments to a gentleman or to his family is a fine library”, he stated, before apologising for the great expense on books and explaining “that \if/ I miss’d the occasion of buying books while I am travelling, I should not be able to find several of the best of them, & it’s impossible to buy them to my mind unless I myself am present.“

As already mentioned, Thomas had “caught” the collector’s bug in his early life thanks to the richness of the library that he had inherited from Sir Edward Coke and his parents, Edward and Cary Newton Coke. The library was indeed rich in historical, classical, and literary texts, both in the original language and in translation, as well as in the theatrical plays favoured by his parents. 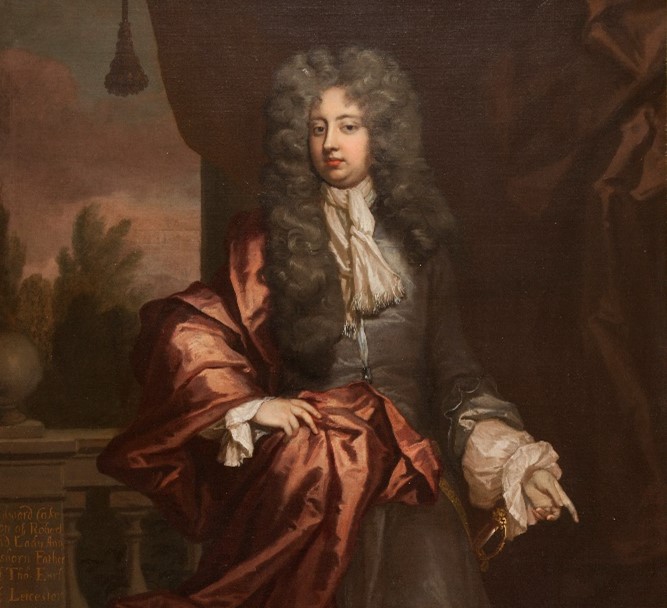 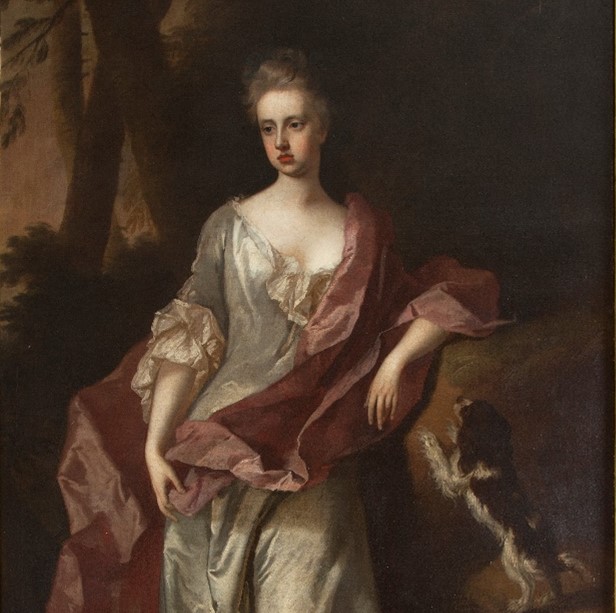 In an early letter sent to his grandfather in November 1711, while studying in Cambridge, Thomas asked to be sent ‘for a play book, for now the nights seem long I have nothing else to divert me’.

Mac therefore showed books that had belonged to Sir Edward and to Cary Coke, alongside many treatises on architecture bought by Coke throughout his life. 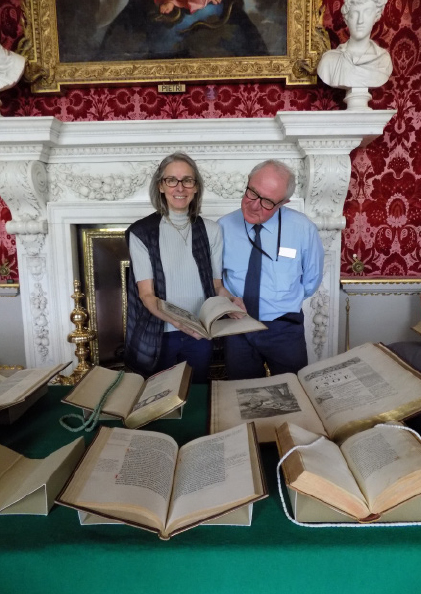 Led by a small edition of Horace’s works annotated by Sir Edward Coke and an English translation of Boccaccio’s Decameron the belonged to his mother, my display focused on texts that, judging from the number of acquired manuscripts, were at the centre of Thomas Coke’s interests: classical history and Italian culture and literature, including a Grammar of the Italian language printed in 1550, manuscripts of Livy’s History of Rome, and manuscript copies of Dante’s Divine Comedy. But more about this in a future post! 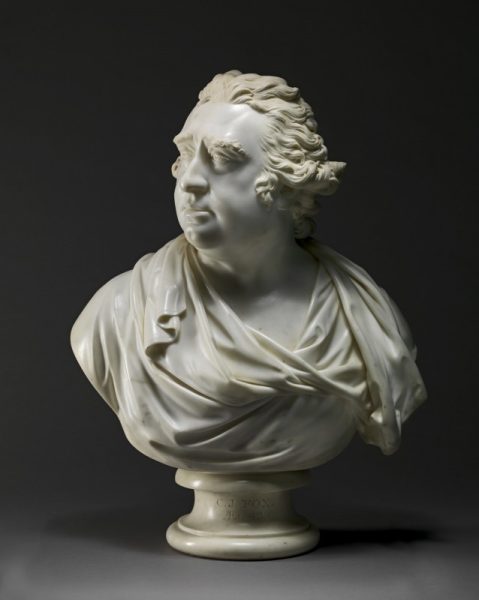 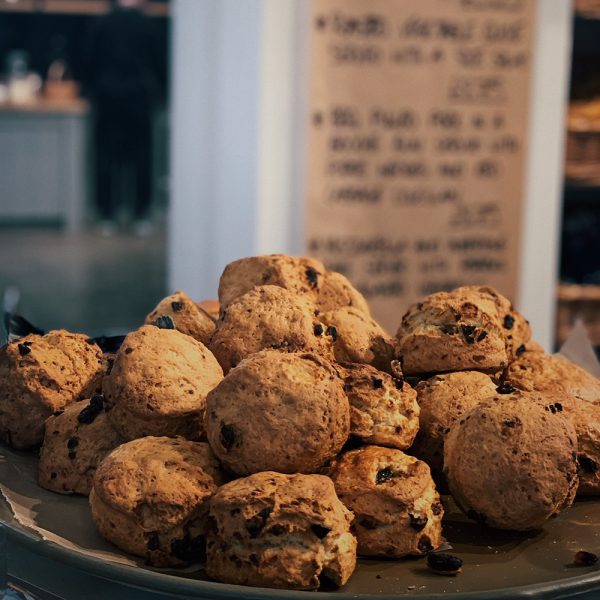 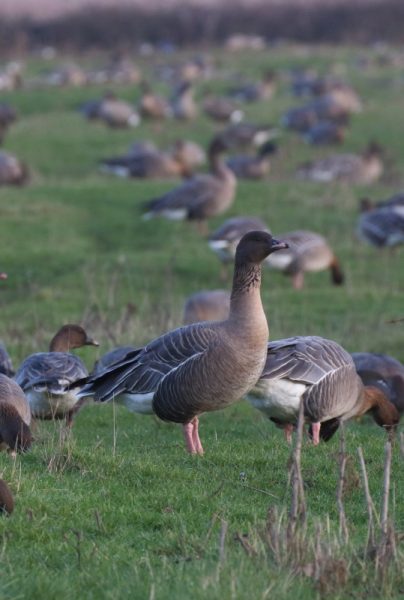 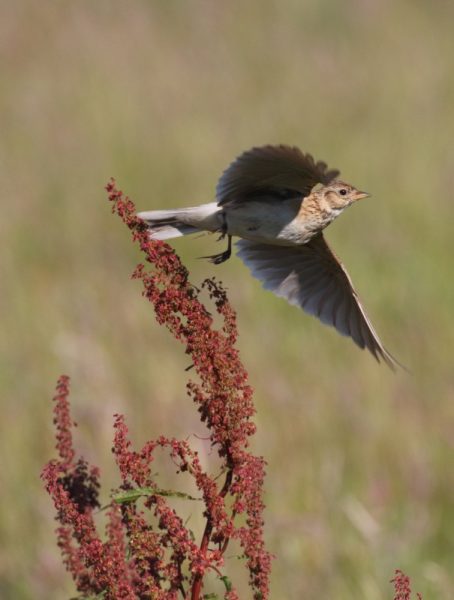 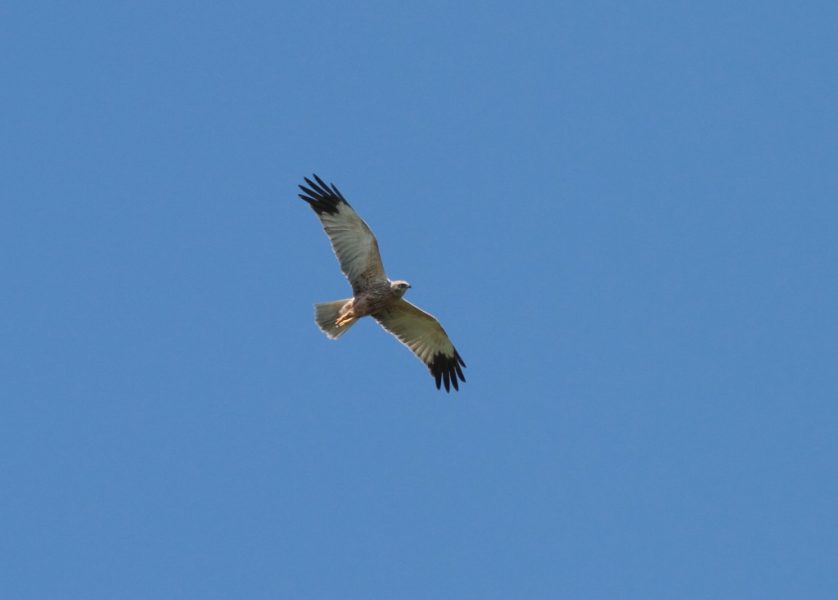