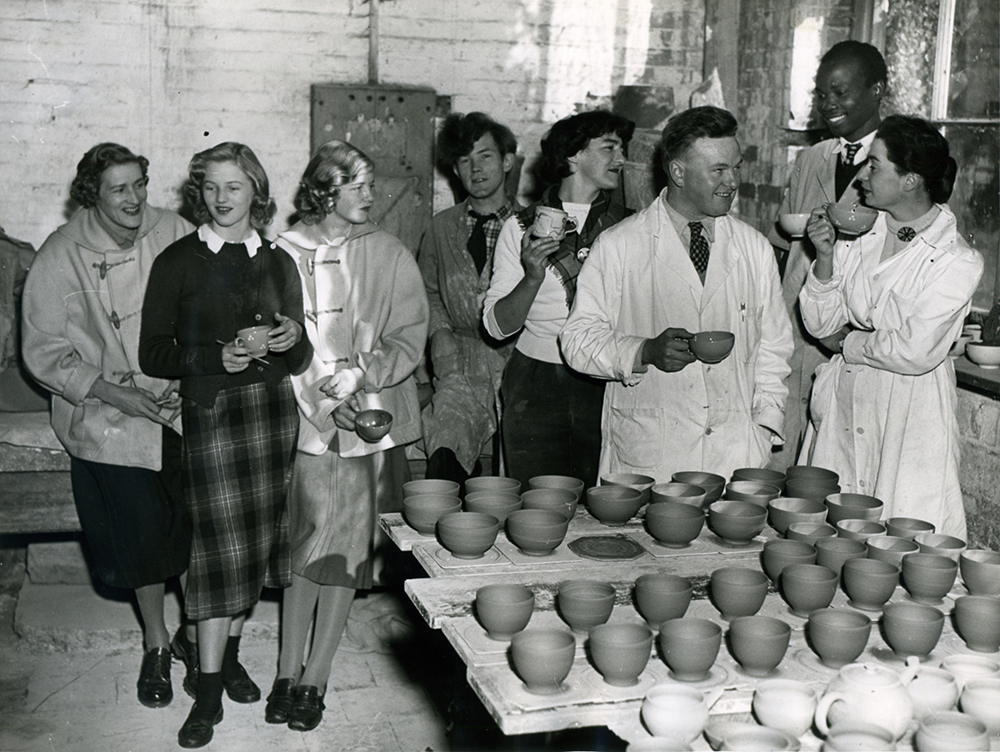 Over last winter, much planning, research, creativity, building and painting went on to transform what was the ‘Field to Fork Experience’ into the ‘Holkham Stories Experience’. While you are unable to visit in person to enjoy the new displays, we are sharing some of our favourite Holkham Stories with you to enjoy at home. Let’s start with the story of the much-loved Holkham Pottery.

Holkham is known for many things; its Palladian style mansion, beautiful beach and sweeping deer park, but did you know that Holkham also pioneered studio pottery in this region? Many locals will remember visiting as a child and may still own a hand-painted piggy bank or a dinner set made onsite here at Holkham. 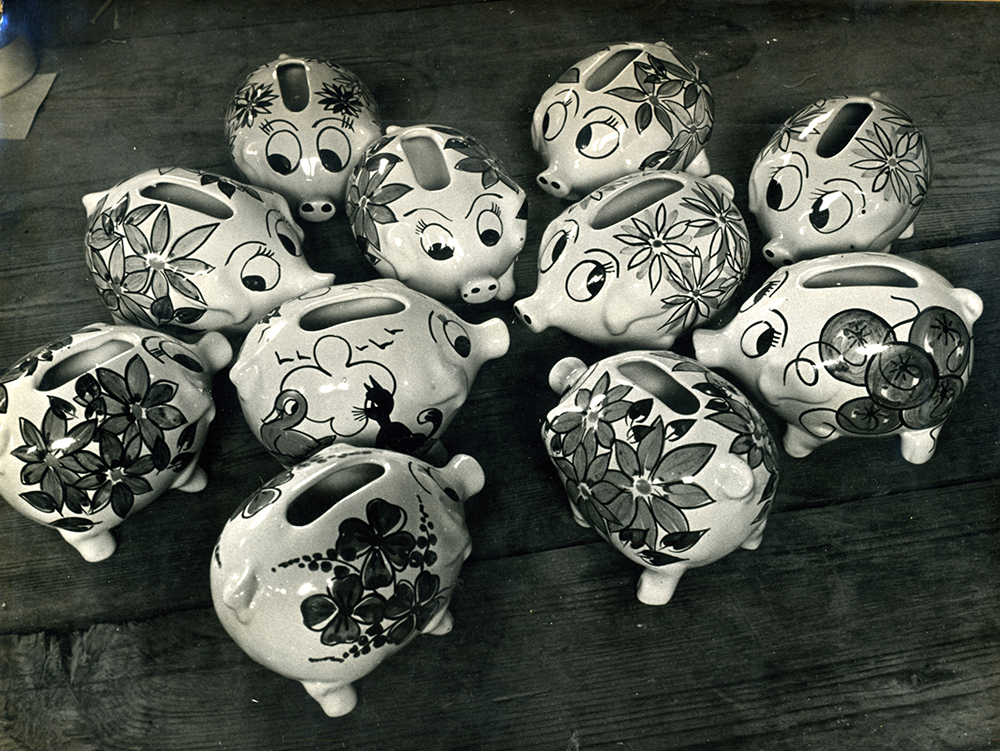 Holkham pottery was the idea of Elizabeth Leicester, the wife of the 5th Earl of Leicester. She was said to have been inspired after watching a German prisoner of war throwing pots at the old Peterstone Brickyard. The pottery was set up in 1951 by Lady Elizabeth and was funded by the 5th Earl. He converted the 19th century laundry and bowling alley into a light and bright pottery studio which created an additional attraction to Holkham and also provided important local jobs, including for his wife and two eldest daughters. 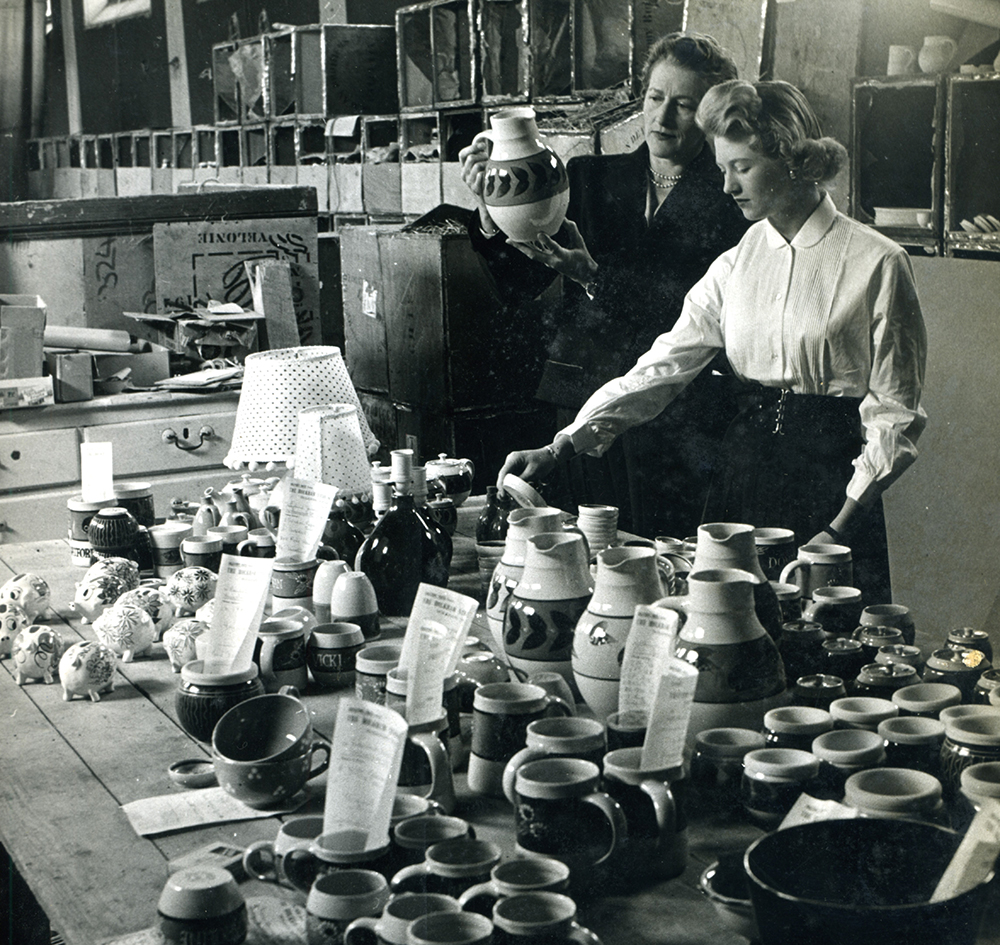 Lady Elizabeth went on to order the construction of two additional aisles either side of the original building to make more space for the production of pottery. She was clearly dedicated to making the business a success. A little-known fact is that Holkham was the first stately home to produce pottery onsite and sell it in its gift shop, which inspired other stately homes to do the same. Soon, Holkham pottery was being sold abroad. Lady Anne, the eldest daughter (later Lady Glenconner), was its most famous travelling saleswoman, travelling extensively in America.

Cyril Ruffles, who worked at the brickyard, had been taught to pot by the prisoners of war and was therefore offered a position at the pottery. In the following years he went on to become chief thrower and one of the pottery’s best loved characters. He could often be seen throwing vases and jugs at his wheel with an audience of the public watching with a keen interest through the window. 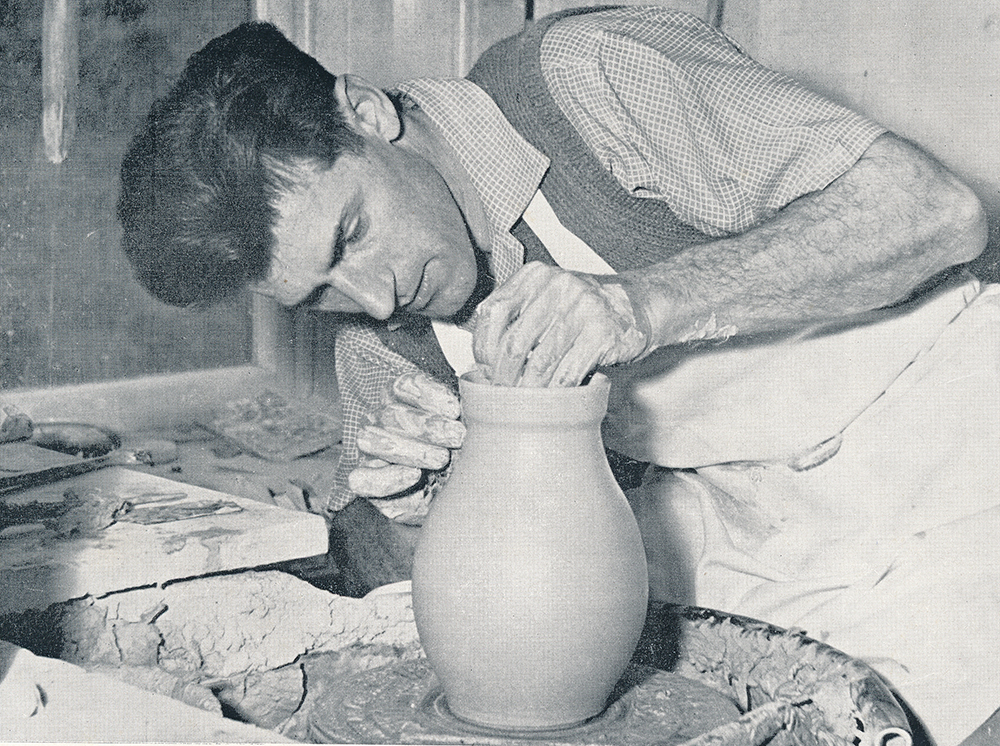 In order to sell the pottery, it had to appeal to the buyers and the man responsible for producing the designs was Wilton Elston. Wilton designed some iconic pieces, such as the Elizabeth mugs and tea sets, which went on to sell more than a million units, and his cathedral mugs, which included designs for almost every cathedral in England. The most popular designs to come out of the pottery were the Chevron tea and dinner service sets and the Snowdrop range which can still be found dotted around the Hall to this day. More novel pieces that grabbed the attention of visitors were the Moo Milk Savers, that sat in the bottom of a saucepan and stopped milk from boiling over, and the Wally Wet Tail, a green caterpillar with a porous tail that watered houseplants. 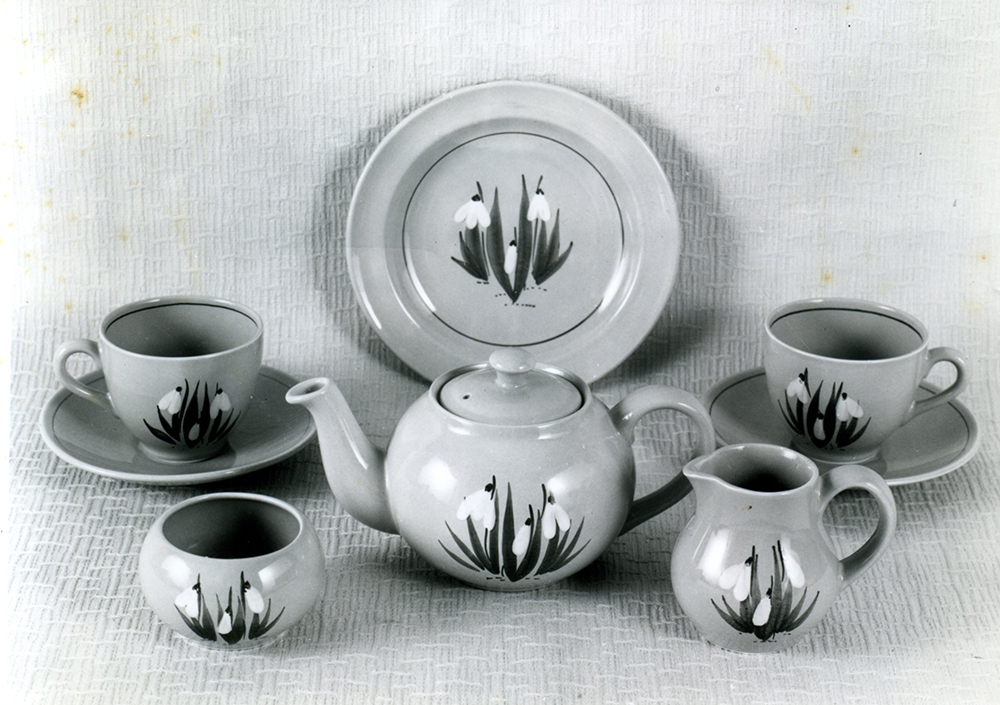 Holkham pottery provided crucial jobs at a difficult time for the Estate. At its height, the pottery employed almost 100 people and was the biggest light industry in North Norfolk. Unfortunately, due to much cheaper imports coming in from China and Taiwan, sales dropped and cuts were made in 1991. Trading continued for 16 years after the cuts, but the pottery wasn’t making enough money to carry on. So, in 2007, after 56 years of trading, the sad decision was made to close the business.

The pottery building then lay redundant for almost ten years until plans were put into place to convert it into a state-of-the-art events venue. This is now used for everything from wedding receptions to antique fairs. In honour of the building’s history and heritage it was named the Lady Elizabeth Wing and is decorated with black and white photographs of the pottery in its heyday and a portrait of Lady Elizabeth herself hanging in pride of place over the fireplace. 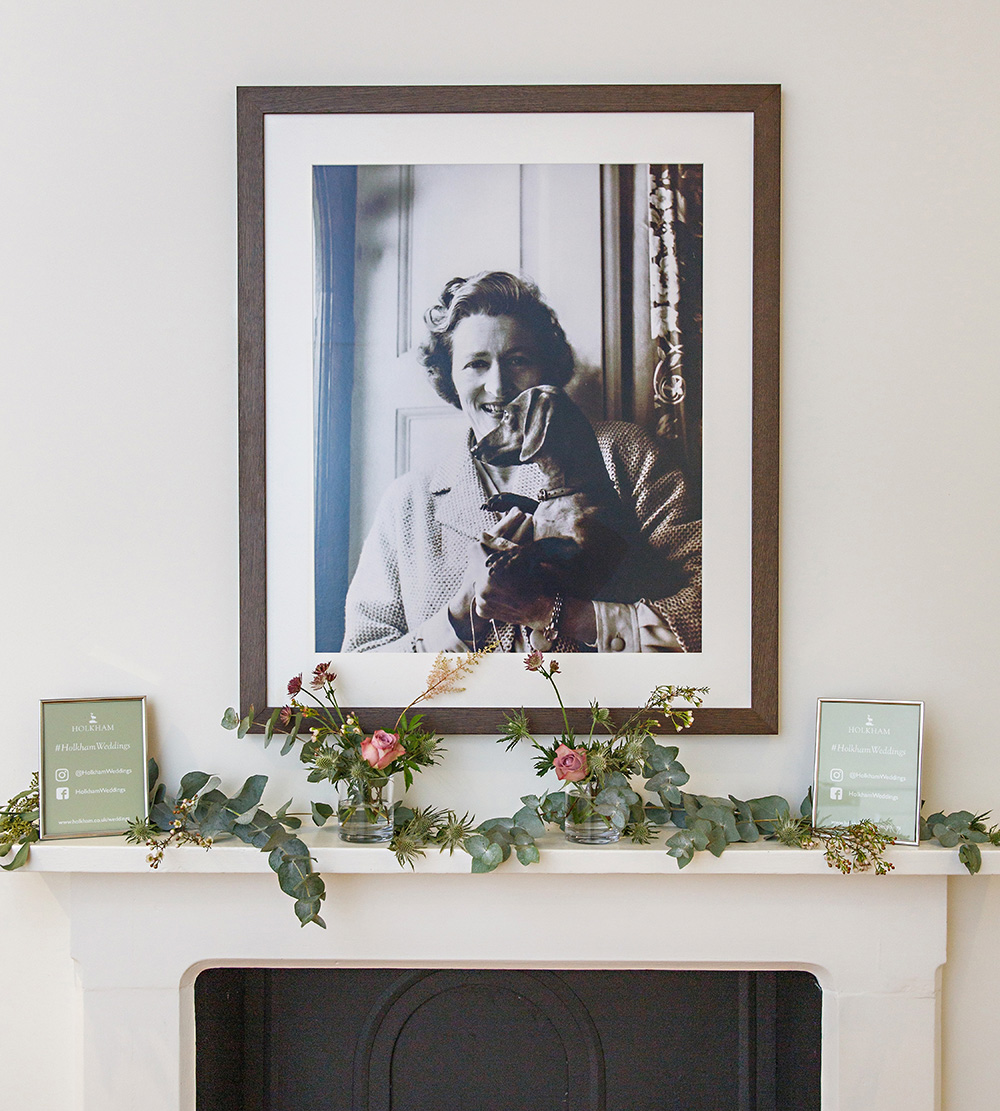 Photograph of Lady Elizabeth over the Fireplace

Click here to find out more about the Holkham Stories Experience 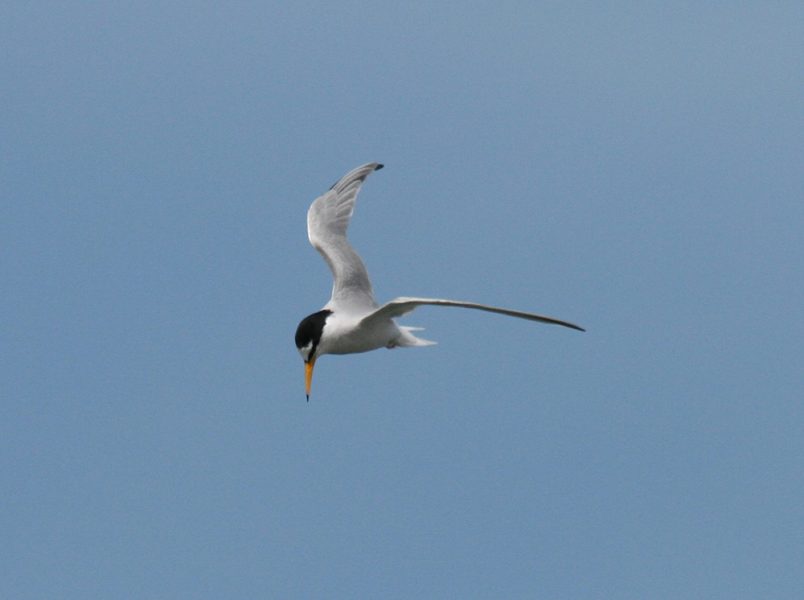 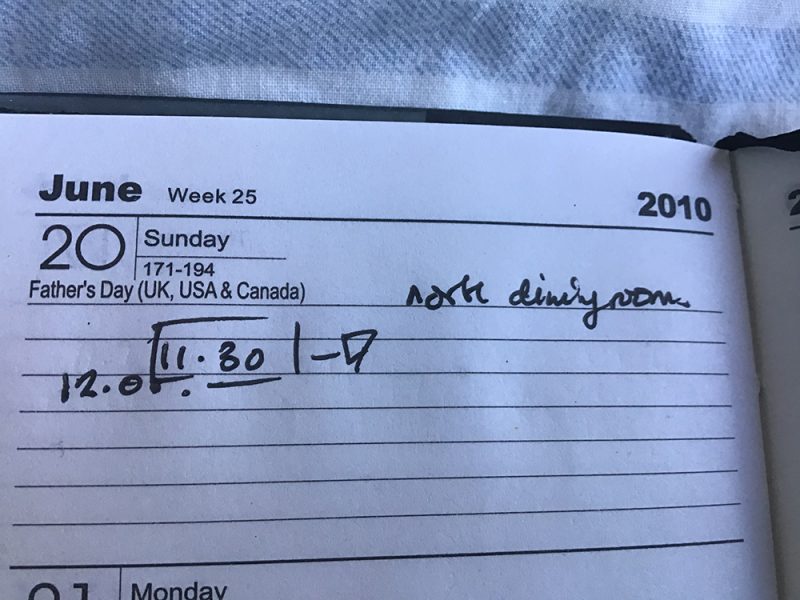 My Ten Years at Holkham 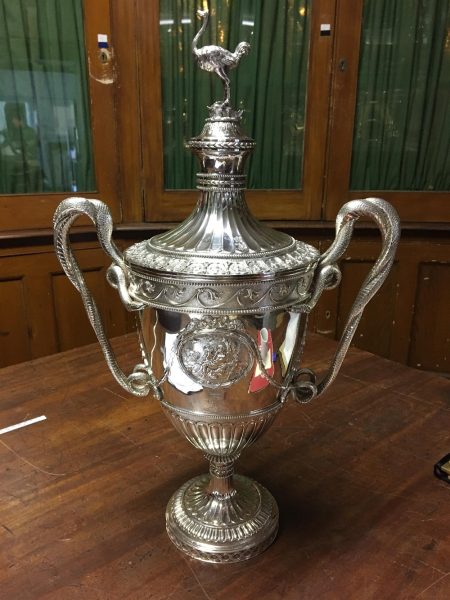 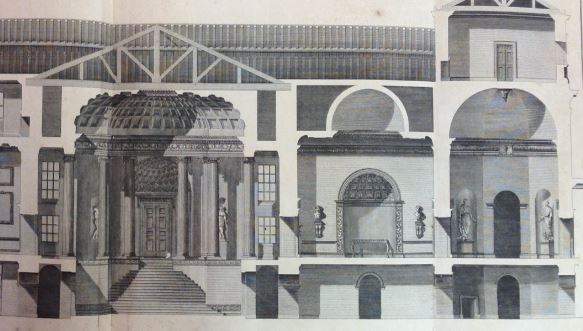 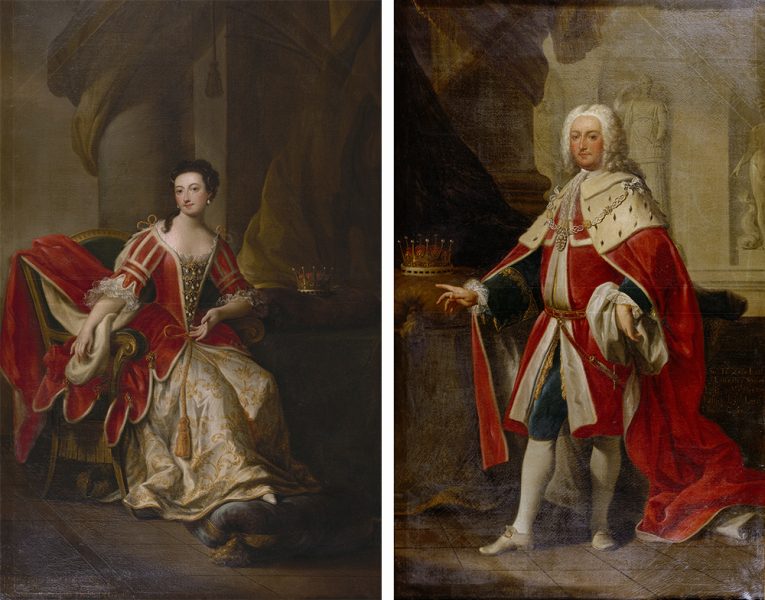